Death to the hiatus!

Aaaaahhhhhh... My dear Wat how I've missed you!
So the work related stuff I had to focus on is now behind me since Saturday. It's about time yo! I haven't worked out since April, EARLY April. That's 2 months of not training, not running, not sparring, not fighting, not feeling the adrenaline pumping some life into me.
That's two months of me basically going home every single day after work. I wasn't exactly being a couch potato, I was taking care of stuff. But I still put a noticeable dent onto my couch. And I definitely got used to being home every night. And used to eating cookies and those yummy Brookside chocolate covered acai berries from Costo. Mmmmmmmmmmmmmmm they're addictive deliciousness. 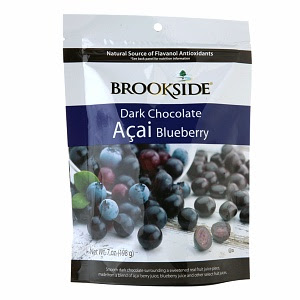 Now I'm not suggesting you get addicted to these but they are an amazing "once in a while" treat. "ONCE IN A WHILE"!!

Point being. I got used to being not in shape. And I was ok with it. It became normal.
So today when I finished work, on the late side, and was ready to head to the gym I thought "Do I really wanna go?" And can I confess? I was actually a little anxious about it. Like, "I don't even know if I can make it THROUGH the hour and a half class at this point." Yup. I tried to talk myself out of going. Crazy right? Why do our minds work like that??
Anyhoo, I got my butt to the gym and I feel GREAT. of course. Plus Phil took pity on me and was light on the conditioning, which was much appreciated lol
It felt wonderful to sweat, to not obsess over work, to be around friends, to do Muay Thai again!!!
Posted by Laurie at 12:53 AM