Recap of past month

I've been meaning to post on the regular but time just hasn't been staying still long enough for me to get it together yet. So here's the recap of the past 4 weeks:

- I've been training almost daily. Woohoo!
- Getting a run in 6 days a week. The usual 2 miles one day and 5 miles the following day.
- Eating home cooked meals, and healthy ones at that.
- I am feeling good and looking good :D

Here are the pictures to prove it: 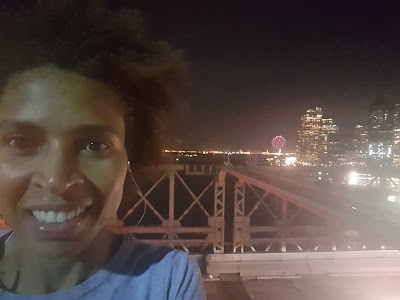 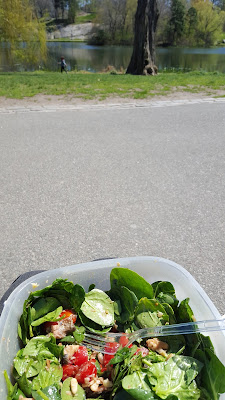 Enjoying a tasty spinach salad in Central Park on my lunch break: 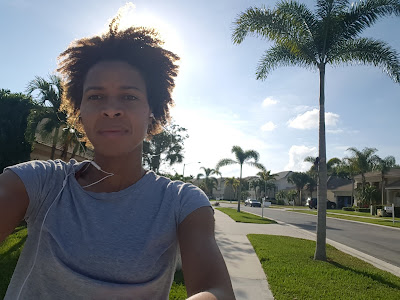 Getting a run in while in Florida: 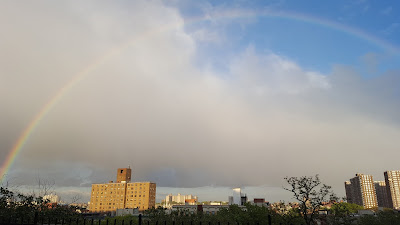 Caught sight of a rainbow during my run today in Harlem:

Putting the work in now to reap the benefits later... stay tuned. :)
Posted by Laurie at 10:22 PM No comments:

Woooohooo!! Feels so good to say that :D

I am alive y'all! Alive and kicking, that is kicking stuff and people, at the gym on a regular basis again. I can barely believe it myself. Hallelujah! All is well in the world.

So here's the quick recap:

- Last fight was in January 2013. Geez Louise time flies. Feels like a lifetime ago.

- Since then it's been work, work, work and more work. Struggling to getting any regular exercise in, making it to the gym once every couple of months and managing a run here and there. That equals with me feeling pretty miserable, stressed, anxious and all that goes with it. I had a hard time seeing the light at the end of the tunnel. (yup if that sounds mildly depressive to you that's exactly what it felt like).

- January: started going to the gym once a week.

- February: going to the gym 2x/week.

- March: Renewed my monthly membership for the first time in 3 years!! and started sparring weekly and I have the bruises to prove it! 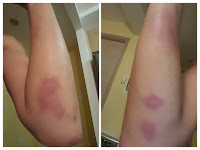 Ouch right? I had forgotten about the bruising, it's been so long. That was actually from holding pads in advanced pads class, which I was 100% dreading to take btw. I just didn't think I had it in me to make it throughout it. I was rough the first week but then it got better. Doesn't it always go that way? Right, just have to stop stressing about stuff and just do it.

So I've been training between 2 to 4 times a week, running regularly and eating healthy food at home. This week is actually the first week that I ran every day AND that I've been able to wake up early enough to run in the morning. Feels SOOOOOOOOOOOO good! And again now I'm not dreading the runs but actually enjoying it AND my cardio is obviously getting better, so that sparring this week was the first time where I wasn't dead tired by the second round. Needless to say, I'm having an unbelievable week and I'm feeling like 2016 is going to be amazingly exciting ;) 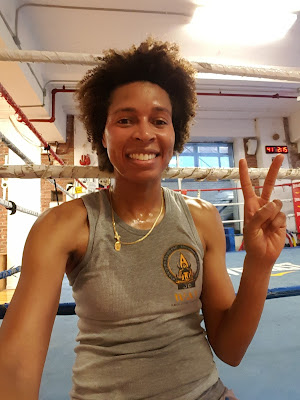 Keep you guys posted! If there's still anyone out there reading this retired blog of mine hahaha
Posted by Laurie at 7:36 PM No comments: